Yatzee and Parandroid do not need any further introductions.They are both two long standing Artist that rocked Dancefloors on all 5 Continents.

They teamed up for this amazing Single release that was originally created in 2013.For four long years people could only listen to that track either on Events where one of the two was playing(except for some bootleged and ripped Versions that ppl downloaded from Social Media like Soundcloud)

The waiting is over and the track is finally released.The track is available through parandroids webpage www.Parandroid.net and will eventually see an release on other Plattforms such as Bandcamp or Itunes.

There are gazilions of YouTube channels. But wich one are the heavy hitters of thhe year 2020. Here our top picks of inspiring, enlightening, funny, informative and generally rad Youtube channels. All Gas, No Breaks https://www.youtube.com/watch?v=954nTD-heG4 Internet...
Read More

The top 5 Scifi Movies of all time

2001: A Space Odysee (Stanley Kubrick, 1968) Stanley Kubrick`s Scifi epos could easily be called the mother of all Scifi Movies. There are elements like the AI called HAL 9000 that became sci-fi staples. Impressively this movie was made before computers regularly had...
Read More 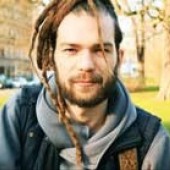